When I first started this blog sharing Dad’s life story and journey with Alzheimer’s, I contacted some of his friends to share with me their fondest memories of Dad.  I previously shared with you memories from members of the Chumbley family, but there’s one more Chumbley man who shared this story with me of my Dad, one of which I had never heard before now… 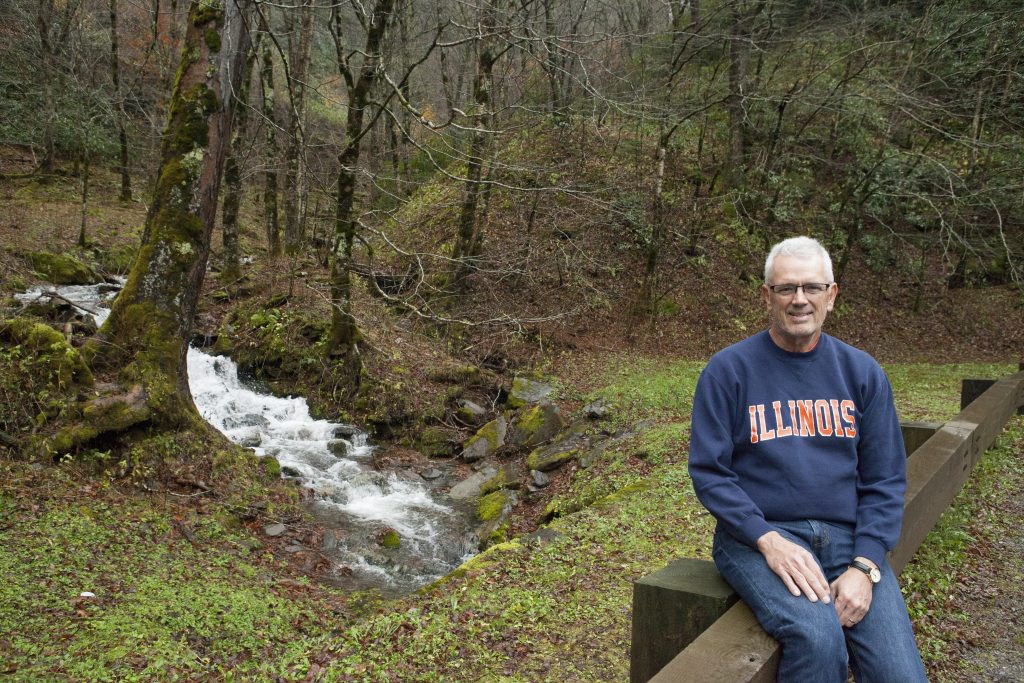 We tried to act like we were paying attention.  Geren sat on the left and I sat on the right.  We always sat like that—him on the left and me to his right—ever since we were about five years old when we discovered that, since he was left-handed and I was right, our dominant arms wouldn’t interfere if we sat that way.  On this morning, our parents had let us sit together during church so we occupied the end of a pew and tried to appear attentive to the sermon, when actually we were just trying to endure the seemingly-endless time we had to sit there.  We were probably nine years old at the time, or at least Geren was.   He was actually ten months older than me but our birthdays fell just right to place us in the same class, so we grew up together.

Sitting through the sermon at that age was usually an exercise in boredom but on this particular day we had something to engage our imaginations—we had two safety pins.  It doesn’t sound like much but a safety pin was a wondrous device.  It had a needle point on one end that could pierce clothing or paper or fingers but it could also be clasped to retain whatever it pierced or to carry safety in one’s pocket (hence “safety” pin) without fear of self-impalement.  But even more importantly, it was spring loaded and could snap open in an instant.

On this day, we were weaving our safety pins together in an effort to invent a better mousetrap.  After all, what better way to catch a mouse than to have it pin itself to the floor with our ingenious device?  At least, that was our thinking at the time.  The trouble was, we had to engineer the device without talking and while keeping our heads up looking upon the preacher in case one of our parents happened to turn to see if we were behaving and paying proper attention.  So Geren and I would take turns manipulating the pins in our lap while trying to interleave the prongs to cause them to spring at the right moment to stick the mouse all while looking at the podium at the front of the auditorium with only occasional furtive glances at the mechanism in our hands.

I worked on the problem for a while and then, with head up, I casually passed the pins to Geren—also sitting with head up—with my right hand across my body to meet his left hand extended across his.  Geren had a little more freedom to work than I did.  We were on the left side of the auditorium so he sat outboard of me with me blocking the line of sight between him and our nearest parental enforcer.  So when he got the pins, Geren looked down briefly and realized that, by passing the needle end of one pin through the eye of the second one, he could bend the needle points back to engage each other and remain in that position with tension on each prong.  That was a major milestone in our design.  He apparently also recognized the significance of the innovation because he gently nudged me to indicate he was handing it back.  Without taking my eyes off the preacher, I dutifully and slowly moved my right arm across my body while Geren, also with his eyes on the preacher, passed the pins with his left hand.  But it was then that the ploy of keeping our heads up failed us.

Thinking I had grasped the pins, Geren let go of our “mousetrap” before I had moved my hand into position.  The contraption fell, hit the bench between us, and sprang!  Both our heads jerked instinctively as the recoil launched the mechanism up and over our shoulders to the pew behind us.  For a split second our eyes met in sheer terror as we expected the wrath of our parents, if not the wrath of God, to descend upon us.  But nothing happened.  Geren twisted back a bit to see the preacher’s teenage daughter, who had been sitting behind us, gingerly pick up the tangled safety pins which a moment before had come hurdling over the bench in front of her to land in her lap.  As if on cue, both Geren and I turned to see if our parents had noticed.  Fortunately, his mom sitting down the pew from me had not taken her eyes off the preacher, and my parents, sitting on the other side of the auditorium was also likewise engaged.  We didn’t risk another look behind us.

We found the rest of the sermon to be extremely interesting.

Reading Philip’s tale of the homemade mousetrap got me thinking…

We had the vintage version of this game upstairs in a closet in our attic that we would get out and play sometimes.  I remember the closet actually being big enough for us all to crawl into and sit, play games, and we were even able to fit a mini RC race track in there and would race cars.  My Dad loved playing games with us.

But do you know the premise of this game?  Over the course of the game, players at first cooperate to build a working mousetrap.  Once the mousetrap has been constructed, players then turn against each other, attempting to trap their opponents’ mice.  The trap begins with a crank which turns a set of gears. This begins a series of stages which ends in a cage being lowered over the “cheese wheel” space on the board.

The Mouse Trap Game can actually be compared to living a life with Alzheimer’s.  In the beginning your brain is cooperating with you, each cell is getting along nicely, working together as a team.  Then eventually they’re finished.  The teamwork is gone and now the brain cells are beginning to turn on one another.  Year by year, month by month, day by day, the crank turns the brain’s gears and traps each memory one by one holding them hostage. The series of stages begins… first it’s little things you can’t recall.  “Where did I put my keys?” “Where did I lay down my glasses?”  Then it’s, “What did I come in here for again?”  “Where am I going and how did I get here?”  To walking the halls of an assisted living facility and walking right past your daughter and grandkids who came to visit you and not even recognizing them.  Eventually the cage drops and the final memory is caught, you’re left in a coma like state, and just as the motto on the box says, “…woe to the mouse who gets caught under!”

Woe to the man or woman who suffers from Alzheimer’s disease.

Thank you Philip for sharing this memory from growing up with my Dad.  I can vividly picture the both of you fidgeting with a couple of safety pins to construct your masterpiece.  How lucky for you both that Shirley and Granny weren’t clued into your antics.  I delight in imagining the fun you two had together sitting in a wooden church pew, building the comical wonder of a mousetrap.

I’m thankful my Dad is no longer being held hostage to this disease.  As amazing as a wheel of cheese can be to lure us in, because let’s be honest, cheese is amazing, please know heaven trumps cheese a million times over.  May you feel lured into God’s love for you and always avoid the mouse trap the devil has constructed to trap you into a life of sin.

4 thoughts on “A Game of Mouse Trap”